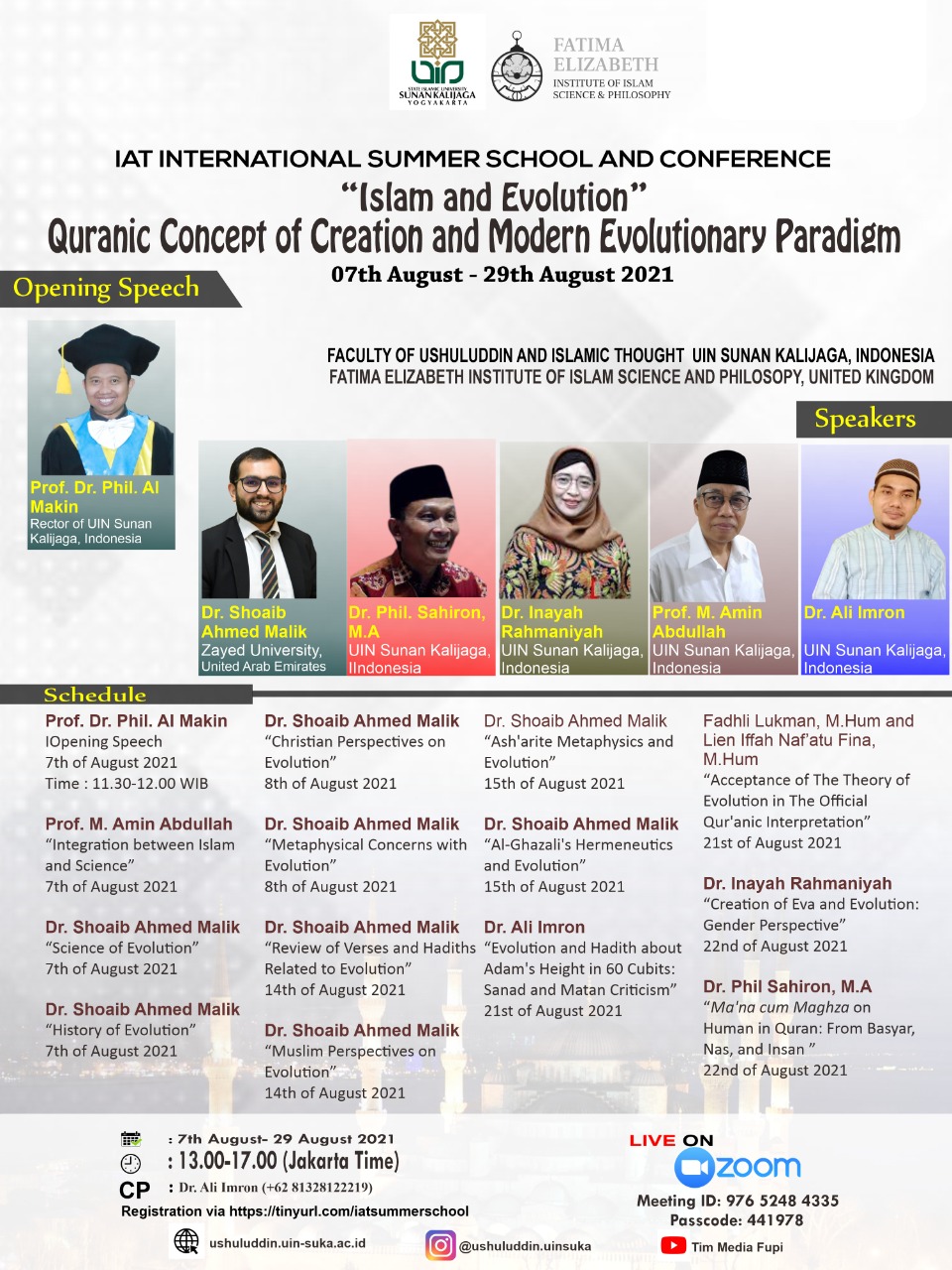 While science has been generally thought to be compatible with Islam, today we see some theories that confront Islamic beliefs. One well-known example is the theory of evolution. This theory has always been of a particular concern for religious believers, not only Muslim, because it goes against the common doctrine of the creation of Adam as the first man. In Islam, it is generally held that the human being is a special creation with a particular purpose. However, evolution seems to undermine this scriptural understanding found in Islam. In addition, there are metaphysical implications from those findings that appear to be in contradiction with Islamic metaphysics. For example, the idea of randomness (found in evolution and other scientific theories like quantum mechanics) could easily viewed as contradicting the idea that nature was created according to the wisdom of God (Malik, 2021).

In response to the theory of evolution, Muslims have reacted differently. Some Muslims accept evolution as it is regardless of its implications for religion. Others accept some parts of it, and others wholly reject it. Indeed, the landscape is heterogeneous. Unfortunately, these attitudes (both total rejection and acceptance) aren’t necessarily holistic in their approaches. To arrive at a balanced perspective, one must give science and Islamic theology their due. This can sometimes found to be missing in some of the current proposals (Malik and Kulieva, 2020).

There are many factors for why Islam and evolution can be a difficult topic to disentangle. One of the reasons for this lack of knowledge is the spread of the creationist arguments in the Islamic world, which caricaturise the theory of evolution; authors like Harun Yahya borrow almost un-creatively from Christian creationist institutions and writers. As a result, instead of providing solutions, these presentations further confound the discussion (Varisco, 2018).

In light of these concerns, Qur’anic Studies study program of UIN Sunan Kalijaga in cooperation with Fatima Elizabeth Institute of Islam, Science and Philosophy, London, United Kingdom intend to hold an INTERNATIONAL SUMMER SCHOOL AND CONFERENCE with the theme Islam and Evolution: Quranic Concept of Creation and Modern Evolutionary Paradigm. With this program, the IAT Study Program intends to participate constructively in the discussion of Islam and modern science, especially the theory of evolution.

Further information can be downloaded here